The Sacred Origin of Latin Alphabet

We currently have a pseudo story about the Latin alphabet. It is said to have emerged from pictograms and to evolve from there to what it is today. 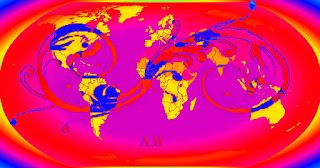 But that is not the allan truth. First these holy letters were with our God from the beginning of the inspiration of the universe. Even before everything was formed, these letters were with All ~ and were All ~.


You don't know how tremendous this is, this alphabet along with the decorative allan is the essence of God Himself. And it was revealed to King Neitl in yet another world, existing for billions of years before it was even used on earth.


The alli people then brought this alphabet when they got here, and the first humans used it with a lot of reverence. But with the fall of civilization, this knowledge was lost until, due to divine will, it was being inspired again to humanity.

This is so wonderful that it is the alphabet best known and used by mankind, uniting countries, cultures, languages ​​so different from each other.


It is the most widely used alphabet in music, agreements between nations, science, and communications. All this to prove the glory of All ~ ..


The Latin name itself already has allan origin. "Lat" means true image and "in" nobility .. It would be like noble people of true image. You can understand how tremendous this is.


So don't go around scorning your culture, looking for strange cultures, we have immense wealth and wonderful mission, we are the people of All's true image.


We value this and we will rediscover our true image.