THE NEW CRIMES AGAINST HUMANITY AND POLITICAL PSYCHOPATHY 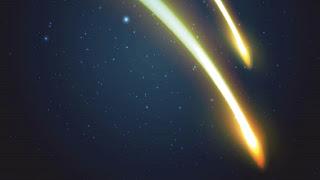 Several small countries are now being attacked with the excuse of possessing weapons of mass destruction, biological weapons or attempting to develop nuclear bombs.

These countries may face embargoes and even military action in their territories. But there is something wrong with this whole story, for example the aggressor countries continue to develop and increase their own weapons of this type.

These weapons have the potential to kill millions of innocent people not directly involved in the war, they can also destroy ecosystems and humanity itself.

Then it is time to demand concrete action against this crime against humanity and call it by the right name, no matter how powerful a nation is, what is certain must be respected and Weapons of Mass Destruction, Biological Weapons, Chemical Weapons must be destroyed.

Not only these weapons but also the pharmaceutical companies that keep viruses, bacteria or any causer of disease in their laboratories with the excuse that this is necessary when the goal is to use as biological weapons in the future.

Besides these crimes we also have the ecocide that is the death of entire ecosystems caused by companies that destroy the environment. As an example of this type of crime we have oil leaks at sea, rupture of ore dams in Brazil and disasters of nuclear power plants.

All these kinds of actions are crimes against humanity and nature even if they are not criminalized as crimes.

But our civilization is evolving and soon all culprits will have to be held accountable and judged for their crimes against humanity and nature, whether they be presidents, psychopaths, corporate executives and scientists who continue to develop weapons and viruses to create deadly diseases.

At last we have a long way to go before a world free from these crimes can come true, but The Right One Will Always Be Right no matter how many wish the contrary and the story is relentless in judging the right side.

We must remember that it was very difficult for the first people who first said that Slavery is Wrong against visions of normalcy of the time, but history showed that they were right.