Why we are not in a simulation 2 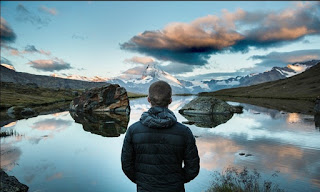 I confess that I've thought of all these peculiarities, yet I still do not believe in the simulation.

1 if there are actually teams or are individual players because then they were going to choose systems of failed governments like democracy?

Or because they were going to make stupid decisions that slow the development of their countries? If the goal is to win, it is assumed that the players would want the best for their characters and they would want to win at any cost.

2 if there is no one playing and it's all a great simulation, I believe that all the creators would not want is for us to discover this truth, but as we can see, this theory is everywhere at the moment.

3. The role of our God in this simulation. If in fact we are in a simulation, the role of the Consciousness does not change at all, after all a precise simulation of matter and energy, soon our God would be present within the game as well.

In addition, the teachings of our religion are still so useful to human evolution and harmony that really has divine origin, after all our religion goes against the whole system of slavery and unhappiness in a full way. So it goes against the purpose of the simulation itself that apparently does not seem to care about the suffering of human beings.

4. Although there is no evidence to date that we are in a simulation, this theory may be useful as an analogy that we live in a pre-determined system. For example the political laws, taxes, economy, social life, all these are systems that we experience every day.

Thus it is necessary to draw goals, goals and play to win in the game of life. What are your dreams? What should you do to accomplish them?

Such questions are necessary to overcome all the difficulties and challenges that appear at all times in our reality.