This question has been asked by many people throughout history, and in general it calls for religious explanations.  But how to prove the existence of a being that although he has his spirit over all reality, at the same time remains outside that material reality? 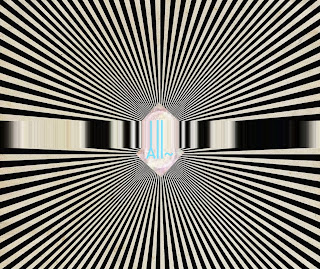 Instead of using Aquinas' simple religious explanation or contestable philosophy, we could use evidence in nature.  For example:

The exceptional nature of the land.

It is very strange that in such a hostile solar system, life, the earth has remained so protected, in an exact location, with the exact amount of nutrients, a moon, the exact distance from the sun, a magnetic field and even having other giant planets attracting  potential hazards to land.

All of this seems too coincidental to be just coincidence, it seems that there was some engineering in this creation to support and maintain life on this planet.

The exceptionality of human evolution.

Among all species, even the strongest, it is perceived that the human being is the only one endowed with a greater reason that allowed him to do great things, while almost all animals act by instinct, humanity is the only one that denotes a conscience, languages  , cultures and science even possible to reflect on yourself.

My dog ​​is very intelligent and has a personality of his own, but he is not able to reflect on himself, create art, philosophy or advanced science, even though he has some quirks, in general he behaves like all other dogs following his instincts.

The non-exceptionality of other animals

If human intelligence and consciousness are only the product of evolution and there are species older than human, why did human beings evolve so fast?  Shouldn't there be other species as intelligent and conscious as we are?

Even our primate cousins, which evolved from a common ancestor, are still very far from humanity and will not evolve anytime soon, here we see once again a possible interference, some genetic engineering that shows that humanity is no longer evolved by chance.

If you look at your own body, there are areas that you have no control over, your body has a program beyond your will.  For example, try to make your heart stop beating, your cells stop multiplying or your hair and hair stop growing.

You cannot do this by giving a mental order, because there is a law programmed above your will, your body is an automaton on several issues.  It is clear that he has a program that runs above his will, it is as if you were only allowed to act until certain things were allowed.

Of course, you can harm yourself, kill yourself, but you have no control over various basic functions over your body, they obey another being.  Where did this law come from, which tries to protect you even from yourself sometimes?

I once read about some living beings and it puzzled me.  A flower imitated the appearance and smell of a female insect so that a male could come to it in the hope of fertilizing it, and so that flower could spread or receive pollen.

A flower has no eyes, no nose, how did it manage to see the colors, and the insect's appearance to attract it?  Here if you see that it was designed by someone.

Here you will find the laws of physics, mathematics, geometry and music.  People believe that humanity was the one who invented these sciences, but they are wrong, mathematics, geometry, laws, musical notes already existed in nature, human beings did not invent anything, they just discovered them.  Who then created all these patterns?

There are several clues in reality that demonstrate some kind of intelligence behind the universe, you can prove it for yourself, of course that does not prove that they were created by a god, in the religious sense.

Some being or intelligence may have created these patterns, this does not rule out even super advanced alien beings or artificial intelligences, however there are strong indications of some engineering done consciously throughout the universe.  And even if evolved beings had created, there would still have to be a primary source, a Being above those beings.

But this Being is not connected to the primitive beliefs that humanity believes.  Such an intelligent and sublime Being or Consciousness would not be involved in such petty matters as choosing your tribe to give you a piece of land, taking sides in religious wars or having people killed or worrying about the clothes you wear  .

This Being is a great artist and scientist, as we can see in the universe, and he certainly has plans much bigger than the religious intrigues of our time and their arbitrary laws.  Anyway, we must trust that we will be well, seeking to live as much as possible happy and in harmony with natural laws.

But, back to the initial question:

What we can say is that although we have all these signs and we believe in this Eternal and Interuniverse Consciousness, it is that we will never be able to prove His existence by being beyond nature and transcending reality.

So the best answer is:

Our religion does not require faith or worship of any god.  What really matters to us is the principle, the culture and our philosophy.

The human being must follow these teachings not because God ordered it, or out of fear, but because it is the best way to go, the best philosophy to live.

Our God may or may not influence a person's life, according to his designs, but he has no intention of enslaving humanity to worship Him.

Spiritual laws already exist, the good ones will be rewarded, the bad ones will be punished and some will even become extinct, and we have all the wisdom to solve our problems, just look for it, so He doesn't need to worry so much about humanity.  Humanity will continue to follow its path and individually receive everything that each one deserves.

So our goal is to live as close as possible to this reality, following the best path for humanity which is to live within reason and producing all the gifts that the Eternal has given us, such as harmony, knowledge, art and the constant improvement of our  reality and lives.